Plants such as soybeans and wheat waste between 20 and 50 percent of their energy recycling toxic chemicals created when the enzyme Rubisco -- the most prevalent enzyme in the world -- grabs oxygen molecules instead of carbon dioxide molecules. Increasing production of a common, naturally occurring protein in plant leaves could boost the yields of major food crops by almost 50 percent, according to a new study led by scientists at the University of Essex published today in Plant Biotechnology Journal.

This work is part of the international research project Realizing Increased Photosynthetic Efficiency (RIPE) that is supported by Bill & Melinda Gates Foundation, the Foundation for Food and Agriculture Research, and U.K. Department for International Development. In this study, the team engineered a model crop to overexpress a native protein that is involved in the recycling process called photorespiration. Over two years of field trials, they found that increasing the H-protein in the plants' leaves increases production 27 to 47 percent. However, increasing this protein throughout the plant stunts growth and metabolism, resulting in four-week-old plants that are half the size of their unaltered counterparts.

"Plant scientists have traditionally used promoters that express proteins at high levels throughout the plant, and there are many examples where this has worked really well," said the lead author Patricia Lopez-Calcagno, a senior research officer at Essex. "But for the H-protein, we showed that more is not always better demonstrating that when we translate this method to other crop plants, we will need to tune the changes in protein to the right levels in the right tissues." 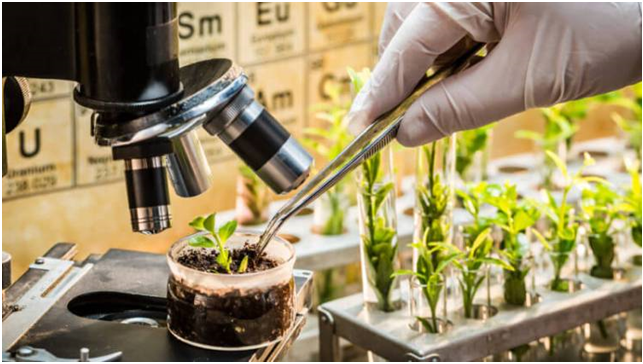 Golden Rice Gets Approval from US FDA

On May 24, 2018, the United States Food and Drug Administration (US FDA) released a statement on GR2E Golden Rice, a rice genetically engineered to produce provitamin A carotenoids. The US FDA statement concurs with the assessment of the International Rice Research Institute (IRRI) regarding the safety and nutrition of Golden Rice. The US FDA approval is the third positive food safety evaluation of Golden Rice, after the approvals granted by Food Standards Australia New Zealand (FSANZ) and Health Canada in February and March 2018, respectively.

"Each regulatory application that Golden Rice completes with national regulatory agencies takes us one step closer to bringing Golden Rice to the people who need it the most," says IRRI Director General Matthew Morell. He added that the rigorous safety standards observed by the US FDA and other agencies provide a model for decision-making in all countries wishing to reap the benefits of Golden Rice. 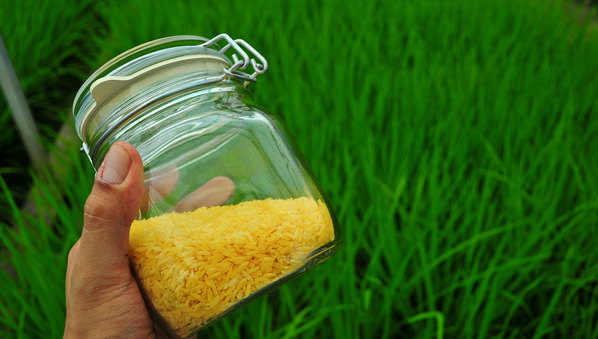 An international team of researchers from Harvard University in the United States and Sogang University in Seoul, Korea has engineered a cell-like structure that harnesses photosynthesis to perform metabolic reactions, including energy harvesting, carbon fixation, and cytoskeleton formation.

The researchers engineered a photosynthetic organelle from the unique components from plants and animals to build the synthetic system. Keel Yong Lee, a postdoctoral fellow at the Harvard John A. Paulson School of Engineering and Applied Sciences (SEAS) said that their idea is simple. They chose two protein photoconverters, one from plants, the other from bacteria, which can generate a gradient across the cellular membrane to trigger reactions. The photoconverters are sensitive to red and green wavelengths of light. The proteins were embedded in a simple lipid membrane, along with enzymes that generate adenosine triphosphate (ATP), the essential energy of cells. When the membrane is illuminated with red light, a photosynthetic chemical reaction occurs, producing ATP. When the membrane is illuminated with green light, the production stops. The ability to turn energy production on and off allows the researchers to control many reactions within the cell. 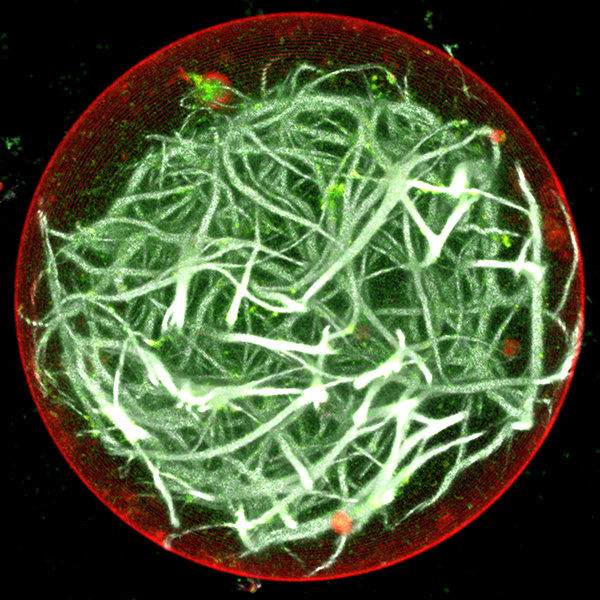 Many farmers grow corn and soybean in rotation to avoid the continuous corn yield penalty, but now there's another reason to rotate. Scientists at the University of Illinois have provided further evidence that rotating crops increases yield and lowers greenhouse gas emissions compared to continuous corn or soybean.

"I think farmers in today's world are looking for reasons to avoid growing in a monoculture. They're looking to diversify and rotate their systems. If they're doing that partially out of a concern for the environment, well, it lowers greenhouse gasses. And it could potentially result in a substantial yield increase," says Gevan Behnke, research specialist and doctoral candidate in Maria Villamil's research group in the Department of Crop Sciences at U of I.

There are other studies out there looking at the link between crop rotation and greenhouse gas emissions, but Behnke's study is unique in a couple of ways. First and most significantly, he sampled greenhouse gas emissions from fields that had been maintained as continuous corn, continuous soybean, rotated corn-soybean, or rotated corn-soybean-wheat, under tillage and no-till management, for 20 years.
"These long-term plots are very stable systems. Sometimes you don't see the impacts of rotation or tillage for years after those practices are imposed. That's one of the highlights of this study," Behnke says. Comparing the corn phase of a corn-soybean rotation to continuous corn showed an average yield benefit of more than 20 percent and a cumulative reduction in nitrous oxide emissions of approximately 35 percent. 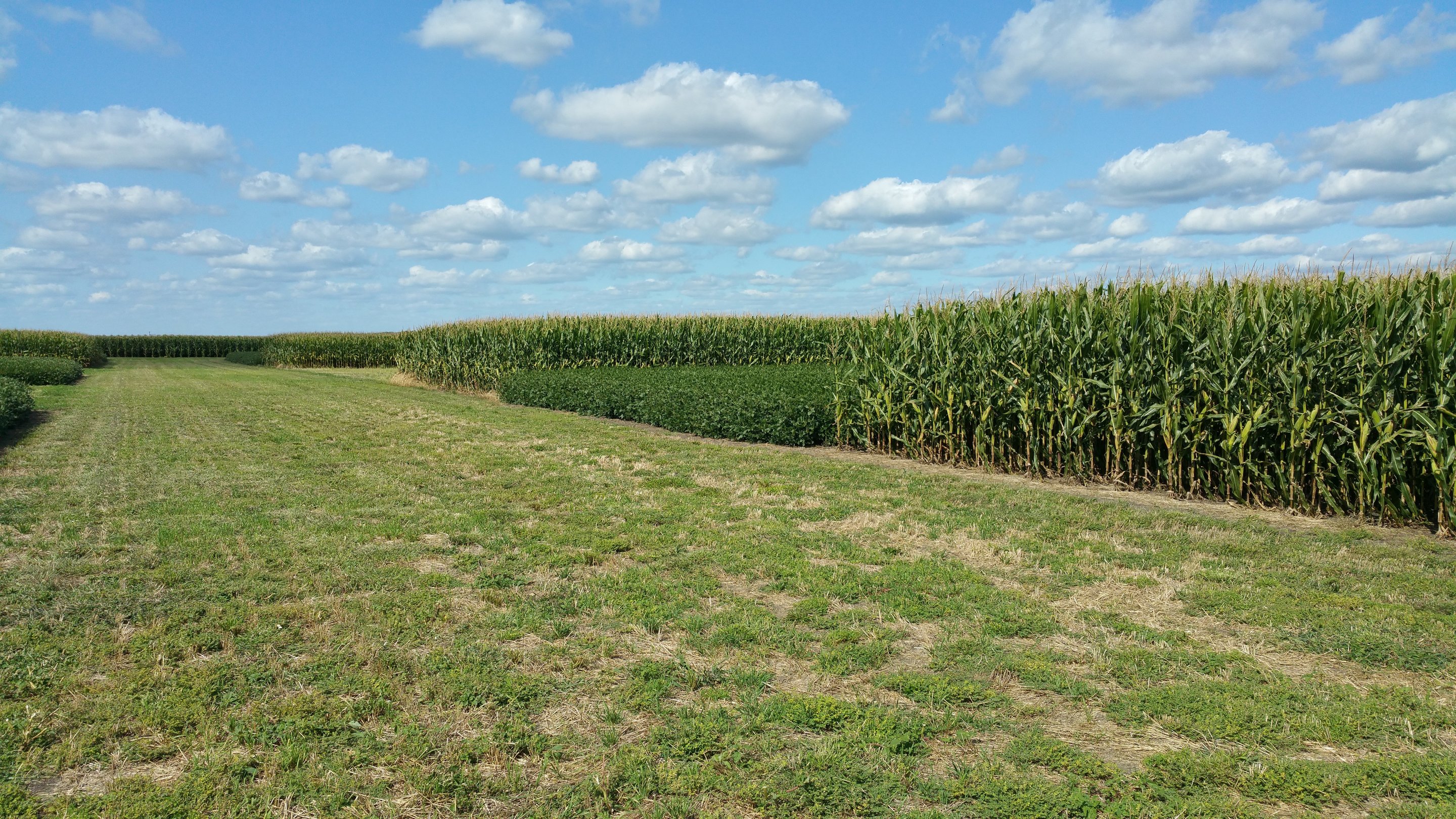 Scientists at the RIKEN Center for Sustainable Resource Science reported their discovery of a hormone-like small protein that helps plants increase their tolerance to excessive salt. The report is published in the Proceedings of the National Academy of Sciences of the USA (PNAS).

They started the study by looking for small proteins linked to salinity tolerance through microarray analysis. Each of the genes that were expressed more under high salinity conditions was overexpressed in transgenic plants and then the transgenic plants were exposed to salinity stress test. Four of the transgenic plants showed better tolerance to salinity compared to the control plants. Then they focused their investigation on AT13, which induced the greatest tolerance to saline conditions.
Further tests showed that levels of the AT13 peptide naturally increased when plants were exposed to salt stress. Thus, the team searched the most important part of the peptide by making pieces of the AtPep3 peptide synthetically. They later found that treating plants with one section of the peptide (AT13-5) was as effective as boosting tolerance through transgenic overexpression of the gene.

"Peptides are natural compounds that are safer than genetically modified plants," said Kentaro Nakaminami, lead researcher of the study. "Additionally, potential supplements made from synthetic peptide fragments will be easy to apply to different species of plants," he added.

The wheat CIPK23 was found to be induced by multiple abiotic stresses including drought, salt, and abscisic acid (ABA). The TaCIPK23-overexpression wheat and Arabidopsis lines showed higher survival rates under drought conditions as well as enhanced germination rates, developed root system, and reduced water loss rate. Analysis revealed that overexpression of TaCIPK23 made transgenic plants ABA sensitive, as evidenced by the delayed seed germination and the induction of stomatal closure. Consistent with the ABA-sensitive phenotype, the expression level of drought- and ABA-responsive genes were also increased under drought conditions in the transgenic plants. These results suggest that TaCIPK23 plays vital roles in ABA and drought stress responses in wheat. 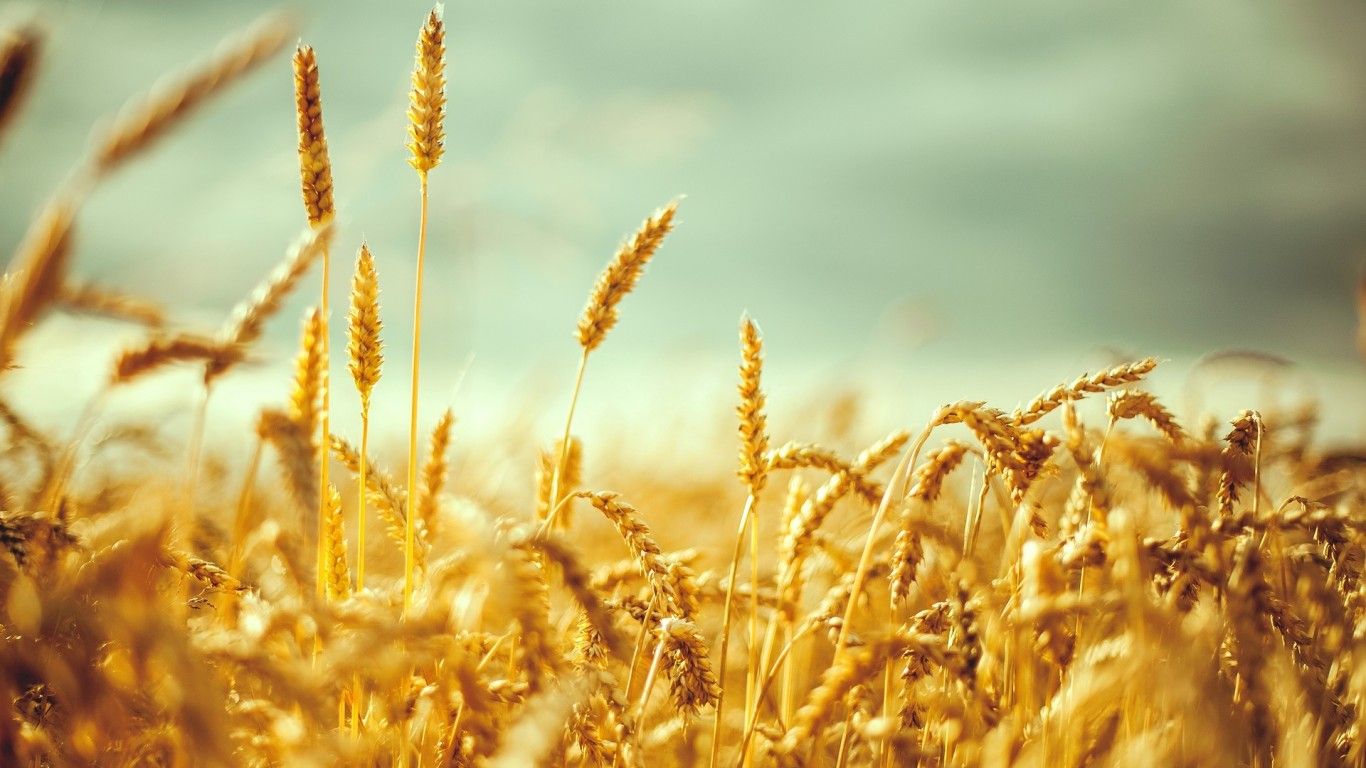 Increased carbon dioxide in the atmosphere will reduce the nutritional value of rice, according to an international research team that analyzed rice samples from field experiments started by a University of Tokyo professor. Specifically, iron, zinc, protein, and vitamins B1, B2, B5, and B9, were reduced in rice grown under higher carbon dioxide concentrations expected in the second half of this century (568 to 590 parts per million).

"Rice is not just a major source of calories, but also proteins and vitamins for many people in developing countries and for poorer communities within developed countries," said Professor Kazuhiko Kobayashi of the University of Tokyo, co-author of the recent study and expert in effects of air pollution on agriculture. The rice was grown at research sites in China and Japan using an open-field method where researchers build 17-meter-wide (56-foot-wide) plastic pipe octagons elevated about 30 centimeters (1 foot) above the tops of plants within standard rice fields. A network of sensors and monitors measure wind speed and direction to determine how much carbon dioxide is released out of the pipes to raise the local carbon dioxide concentration to the desired experimental level. The technique is known as Free-Air Carbon dioxide Enrichment (FACE).

"I first started using this technique in 1998, because we knew that plants raised in a plastic or glass house do not grow the same as plants in normal, open field conditions. This technique allows us to test the effects of higher carbon dioxide concentrations on plants growing in the same conditions that farmers really will grow them some decades later in this century," said Kobayashi. Researchers analyzed a total of 18 different varieties of rice for protein, iron, and zinc levels. Nine varieties of rice grown in China were used for the vitamin B1, B2, B5, and B9 analyses. Other common names for the vitamins are thiamine (B1), riboflavin (B2), pantothenic acid (B5), and folate (B9). 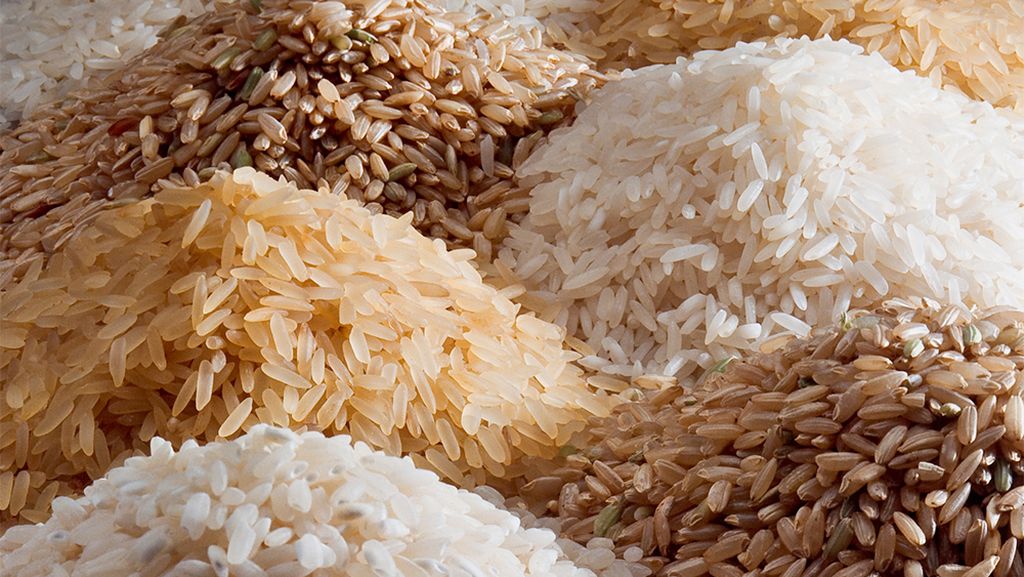 From burgers to steaks, beef has a long history of being a delicious part of dinner. But what if that pleasant experience of eating beef could extend beyond the dinner plate? Now, one group reports in ACS' Journal of Agricultural and Food Chemistry that beef protein, when broken down into peptides, can block bitter taste receptors on the tongue. Such peptides could someday be used to make other foods and even medicines taste better.

Most people try to avoid bitter flavors because they find them to be unpleasant. But some healthful foods are bitter, as are some medications. So, the food and pharmaceutical industries have been looking at ways to reduce or eliminate bitter sensations, which are detected in humans by 25 receptors known as T2Rs. Only a few inhibitors of T2R activity have been identified so far. In recent years, bioactive peptides created from breaking down food proteins, through a process known as enzymatic hydrolysis, have gained attention for reducing bitterness and inflammation. Because beef proteins have been shown to generate desirable flavor-promoting peptides, Prashen Chelikani, Rotimi E. Aluko and colleagues wanted to see if these peptides could block bitter tastes.

The researchers hydrolyzed beef protein with six different enzymes: alcalase, chymotrypsin, trypsin, pepsin, flavourzyme and thermoase. Peptides produced from trypsin and pepsin digestion were the most effective in reducing the intensity of the bitterness of quinine in a test with an electronic tongue. These peptides were also the longest, which suggests that peptide size might play an important role. The group notes this could impact not only the food industry but the pharmaceutical industry as well. 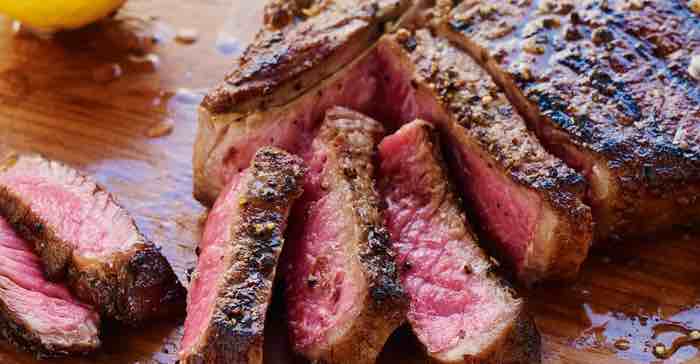 ACI Motors has been optimizing different technological tools for better customer service throughout the country. The newly launched unique…