In cultivars developed as hybrids and propagated through seeds only can perform better only at hybrid generation and the seeds need to be produced every year as hybrid seeds. In crops, where seeds/grains are not the end product for use and the plants can be raised clonally, the efficient use of tissue culture technique can serve the best purpose not only for the first generation products but also to two more generations of true to type product. So, in the production system of ornamentals almost all over world plant tissues are agood source of next-generation plant product. This technique actually helps raising of true to types products (Plantlets)and also reaches flowering stage at proper time. Tissue culture is thus the way to bypass the limitations that might set-in if only seed setting provisions are kept. Thus, the Tissue culture for propagation of various ornamental plants for the large-scale production is a very powerful tool. 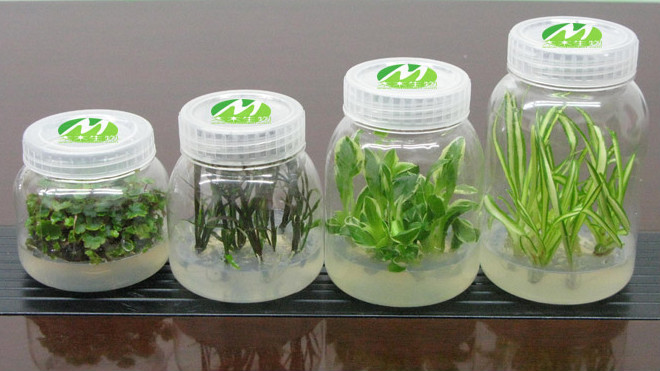 Micro-propagation is extensively used for many plant species and cultivars. Experiments have been accomplished at the Advanced Seed Research and Biotech Centre (ASRBC) Lab, ACI Limited, Dhaka to evaluate the callus induction of Gerbera explants under different growth hormone and to develop a proper protocol for in vitro propagation of using tissue culture technique.The study for protocol establishment and performance of the plantlets have been conducted as MS students’ thesis works of the Sher-e-Bangla Agricultural University at the Advanced Seed Research and Biotech Centre of the ACI Ltd. during the year 2015 under the supervision of Prof. AFM Jamaluddin of the Horticulture department of Sher-e-Bangla Agricultural University.

Gerbera jamesonii is a member of the family Asteraceae (daisy family). In the micro-propagation process, explants were taken and treated with various growth regulatory hormones. The hormones were given in various concentrations. The hormones mainly used in the lab for callus induction are BAP (6-Benzylaminopurine) and NAA (1-Naphthaleneacetic acid).The capitulum inside the flower bud was found to be the most suitable explant for plantlet production. 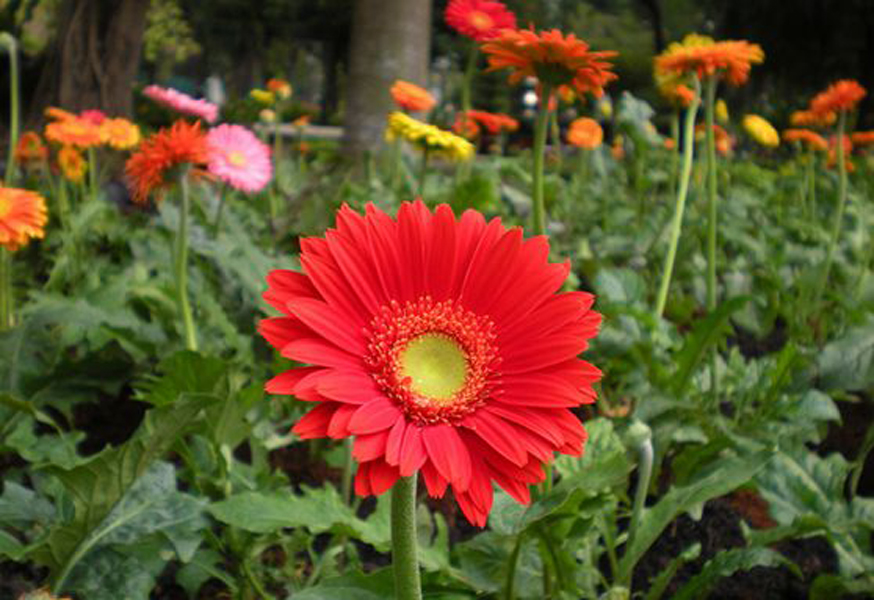 Gerberahas a massive requirement in the flower industry due to its beauty and long container life which rated at fifth among the top ten cut flowers in the entire globe. It has high market value in the western countries, Malaysia, the Philippines, and India. By now it has also become a well-production and market position in Bangladesh. However, it needs more good quality plantlets for the farming groups already developed in different areas of the country. At present Godkhali of Jessore is the best location for its production by farmers who are already trained in its production, post-harvest processing, and marketing. A seedling supply system dependent on cross-border trade is not at all desirable, thus any company in Bangladesh can now take up this crop of immense potentials through Tissue culture technique to raise and provide high-quality plantlets of Gerbera on contract system of marketing. The assistance of Aqief Afzal, RA, ASRBC, ACI Limitedin preparing the article is highly acknowledged. 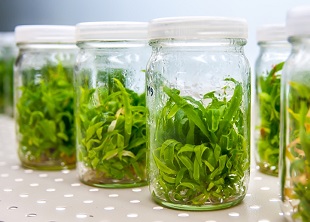 Lisianthus, Eustoma grandiflorum a member of the Gentianaceae family, is one of the important ornamental plants of the globe. The Bengali name coined by Prof. AFM Jamaluddin of SAU is “Nandini” This ornamental flower is widely being used as a cut and pot flower. Lisianthusis also a high value cut flower. It has recently been introduced in Bangladesh, which has the advantage of striking bloom with great appeal.The conventional method of raising the seedlings is through seed which in Bangladesh conditions considered to be difficult and has lower possibility of having variants within the population. Thus, micro-propagation technique has been developed using the Tissue Culture technique which is now being used at different levels. Various regulatory hormones were used is different concentrations on leaf explants, which were found to be most suitable. The hormones used for callus initiation was NAA (1-Naphthaleneacetic acid) with B5 medium, for shoot regeneration different concentrations of BAP (6-Benzylaminopurine) and GA3 (Gibberellic acid)and in the end for root formation different concentrations of IBA (Indole-3-butyric acid) and IAA (Indole-3-acetic acid) was used. While many new flower crops struggle to gain consumers awareness and acceptance, this has not been the case with Lisianthus. Within the past 10 years, theseflowering plants have been the fastest growing segment of new flower category worldwide. In Bangladesh, it is still in the process of adoption as a promising and important ornamental plant and become suitable for commercial cultivation. 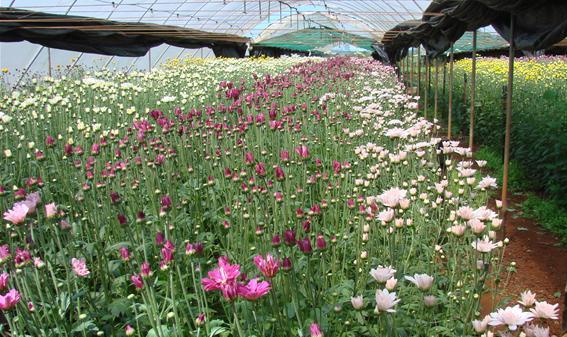 The study was an MS thesis work for the establishment of Tissue culture protocol of Lisianthus plants, of one of the students of Prof. AFM Jamaluddin of the Horticulture Department of Sher-e-Bangla Agricultural University with full technical support of the ASRBC scientists of ACI Ltd. This was done in 2016. The Assistance in preparing this note by Aqief Afzal, RA, ASRBC, ACI Limited is highly acknowledged.

Bangladesh agriculture is in the transition of commercialization where a strongly built Contract Farming system is a necessary prerequisite.…